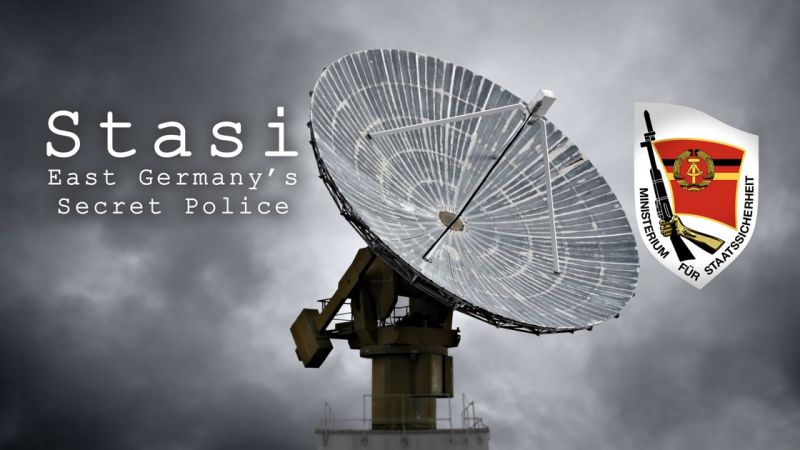 "Had the party given me orders, maybe East Germany would still exist today. You can count on that." (Erich Mielke, Minister of State Security from 1957-1989)

An informative and chilling account of the history of the notorious East German secret police, the Stasi. Up to 90,000 full-time employees and more than 180,000 unofficial informants work for the Ministry for State Security of the GDR, and about one in 50 adults in East Germany collaborated with East Germany's Secret Police. Relative to population, it was the largest secret service in the history of mankind. Headed by the sinister Erich Mielke, the Stasi kept the East German population under constant surveillance. The Stasi - just another intelligence agency, in just another country?
"Shield and Sword of the Party" is what the Stasi calls itself. The Party dictatorship never dares to face its opponents. Instead, the Stasi has to keep all dissenting opinions under control. The goal is total total surveillance. In addition to the state security, the "Stasi" is responsible for foreign intelligence and counter-espionage, personal and property protection, border and passport controls. As the party's shield and sword, the MfS is supposed to keep all enemies of the state under control.
"Die Firma: Stasi" takes a look at the extent of Stasi work and shows the omnipresence of state security - from the enormous headquarters of the Ministry in Berlin through district administrations, local offices, detention facilities, prisons, disguised isolation camps, hidden bunkers, reconnaissance planes, eavesdropping stations to the secret execution site of the GDR. Through tapping phones, reading mail, and installing informers they created an insidious culture of fear and suspicion. This definitive doc reveals the calculated cruelty and brutal repression committed by East Germany's most infamous organisation.