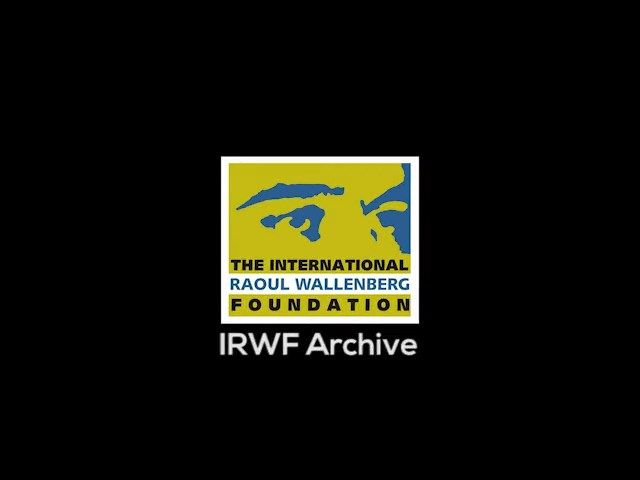 This documentary tells the story of Raoul Wallenberg, a Swedish diplomat who traveled to Budapest in 1944 to rescue as many Jews as possible. In less then six months he managed to save thousands of Hungarian Jews from the Nazi and Arrow Cross death machinery. On 17 January 1945, during the Siege of Budapest by the Red Army, Wallenberg was arrested by Soviets SMERSH and subsequently disappeared.

Preparations for a show trial started 1953 in Budapest to "prove" that Wallenberg had never been in the Soviet Union, nobody had arrested Wallenberg in 1945. Preparations were initiated in Moscow, as part of Joseph Stalin's increasing antisemitic and anti-Zionist campaign. Everything was ready for a trial designed to prove that Wallenberg had been the victim of Zionists. Three leaders of the Jewish community of Budapest L. Benedek, L. Stöckler, and M. Domonkos, as well as two additional "eyewitnesses" P. Szalai and K. Szabó were arrested and tortured.
After Stalin's death on March 5, 1953, the trial was aborted and the arrestees released in fall 1953. Due to severe torture M. Domonkos died shortly after being released and L. Stöckler became psychologically impaired.

On July 6, 2018, the Presidium of Moscow City Court (Judge S. E. Kurtsinsh presiding) upheld the decision of Moscow City Court of February 20, 2018, to support the decision of the Meshchansky District Court (Moscow) of September 18, 2017, to deny access of Mme Marie Dardel-Dupuy, Raoul Wallenberg’s niece, to the documents in the FSB Central Archive. The reason provided by judge Kurtsinsh was weak and had nothing to do with the request of Mme Dardel-Dupuy: “There are no grounds to suggest that the defendant provided unreliable information in the answer.” In her appeal Mme Dardel-Dupuy requested access to full information (access to the original, uncensored documents) and did not claim that the FSB had released “unreliable” information.

One more complaint, now about the answer of the General Military Prosecutor’s Office, was submitted on September 14, 2018 to the Khamovnichesky District Court, Moscow. Previously, on June 21, 2018, Senior Military Prosecutor A. E. Sozhigaev informed Gryaznova that neither she, nor her clients Mme Dardel-Dupuy, Susanne Berger, and Vadim Birstein, can see the archival documentation that the General Prosecutor’s Office collected for issuing the rehabilitation of Raoul Wallenberg in 2000 because these materials can only be seen by a narrow circle of persons (in other words, they are secret) and “materials on Wallenberg do not affect the rights, freedoms and interests of E. M. Dupuy, S. Berger, and V. J. Birstein.” Clearly, Sozhigaev’s statement is inacccurate because the materials directly affects the rights and interests, in particular, of Mme Dardel-Dupuy, Wallenberg’s niece.